Support Live Comedy, the laugh you save could be your own. 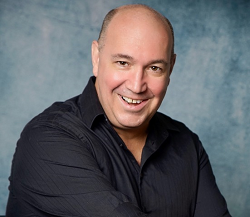 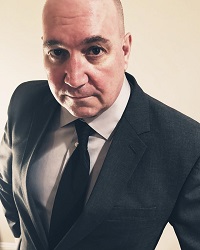 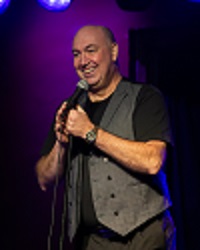 Brian has toured the USA, Canada, The Bahamas and Japan for over 25 years. He's worked well known comedy clubs, resorts, cruise ships, special events, military installations and corporate functions. Brian mixes Menology, characters, Improvisation and stories from his third book "A Funny Thing happened on the way to the Club" to form a well honed show. He continues to add to his show and has embarked on an acting career that has already landed him several roles. His talents also include writing, hosting radio shows, web series and trivia.

Brian is now a part of a book called "200 Comedy Writers and Standups walk into a book" now available for FREE as an ebook. paperback coming soon!! Books | Moher Books 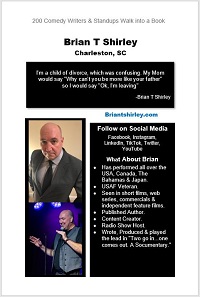 BIG ANNOUCEMENT!! As a cast member of "Dinner Detective", Brian performed a private show on the set of "Real Housewives of Atlanta", which will air on the Bravo Network Winter of 2020. 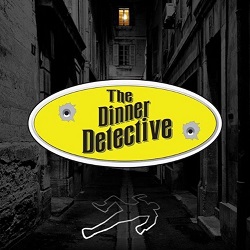 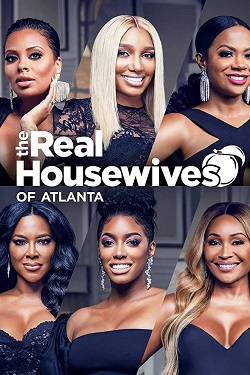 Brian filmed the Proof of concept for the TV Series "The Third Party" as Chief of Staff "Doc Stamper" from Shadowmoss Entertainment. The shoot was interrupted due to the pandemic, however the Director Adrian Roman released a 17 Minute video on Vimeo, here's the link.  https://vimeo.com/402378316 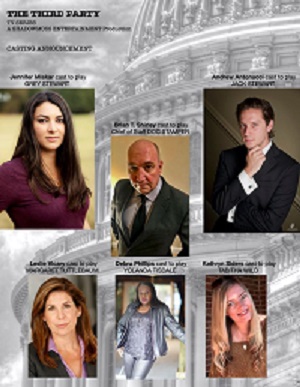 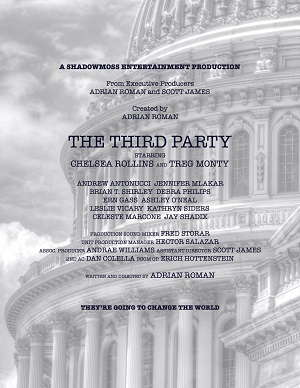 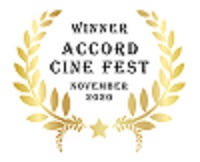 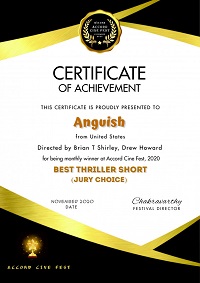 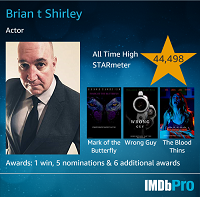 Brian can be seen in the brand new music video for the band "Ranky Tanky" with the song and title track for the album "Good Time" which dropped on July 12, 2019. Here's the video, enjoy and check out their sophomore offer wherever you buy music!!

Brian's commercial for Western Pest Services is now out and on Hulu, Roku and social media platforms. This will be seen by people in NY, NJ, Delaware, Conn. and PA (Philly Area)

Here's some still shots from the commercial 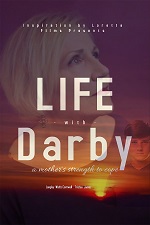 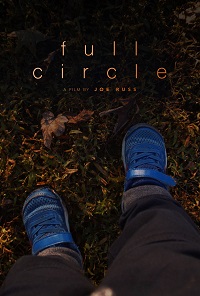 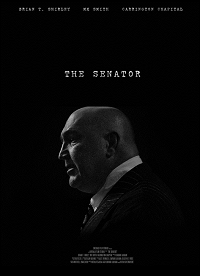 Brian can be seen in the top rated NETFLIX series "OBX" in episode 5, but you have to look quick. Here's the screenshot. 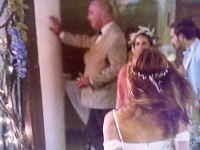 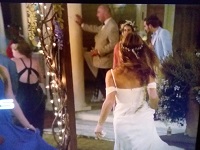 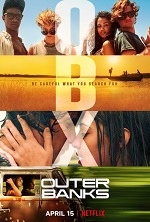 When you think of Brian T. Shirley, he has the look of a Don Rickles, the comedy of a George Carlin with a touch of Robin Williams but when you roll it all together, it is pure and unique and something only Brian T. Shirley can deliver.
Janice Hermsen

Brian has also started narrating books, his first one is a book of poetry entitled "Wine" (AKA "Poems for the Good People")   by Richard Gallacher is on it's way to the Audible marketplace. Details soon!

It’s awards season and Brian has won GigMasters ‘Best of’ Award for 2017!  This highly sought-after award by GigMasters, honors those vendors that have earned 4 or more reviews of 4 stars or higher in 2017.

A link to Brian's profile on Gigmasters   https://www.gigmasters.com/comedian/brian-t-shirley

Here's a few VERIFIED Reviews of Brian's show from the Gigmasters and Gigsalad web sites.

Brian host's a segment called "BTS Entertainment Corner", which is aired on "What's the Story?" Radio show on 1180 AM out of Reno, NV every Monday 6-7 PM EST. This segment is now in NSAEN magazine and the printed version of "What's the Story/" publication. 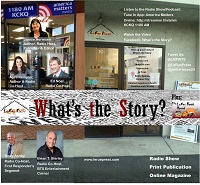 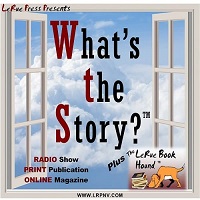 You can pick up a printed copy in "What's the Story?" publication at one of Brian's live  shows.    http://nsaen.com/bts-entertainment-corner/ BIG NEWS!!  "Two go in...one comes out. A Socumentary" "Veterans in Blue" & "Dine with the Devil" are now on  e360tv which can be downloaded to your Amazon Fire, Apple TV and ROKU devices FOR FREE!!  NSAEN Video Magazine Channel is now up on e360tv which has these short films & more!!Download now and get ready to laugh your socks off!! 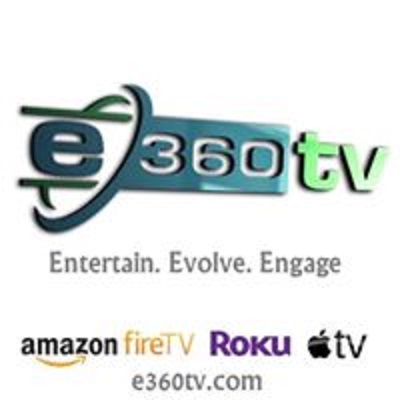 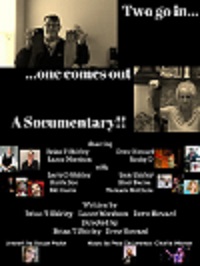 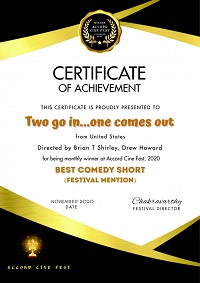 The Socumentary has premiered on Sparkk TV and has spent several weeks in the Weekly Top 10 on the site!!

A link to a review of the film on the "Memosaic" Blog  called "Something's Afoot"  https://memosaic.blogspot.com/

Dine with the Devil is now on e360tv, MiniflyxTV and Fun Size Horror film platforms!!

Brian's scripted WEB TV Series has four episodes in it's first season, with one of the episodes being screened at the "Mountain of Laughs Comedy Festival" in Gatlinburg, TN April 8th 2017!! The "Naughty or Nice" episode won 3rd place in the Macoproject Online Film Festival. Here's a teaser video for the first season.

The episode entitled 'Bummer" in season 2, was shown at the LAFF-IN Film Festival in the Red Skelton Museum of American Comedy Aug 11th 2018!! BTS on the Road

This WEB TV series shows the viewers what it's like to be a touring entertainer. 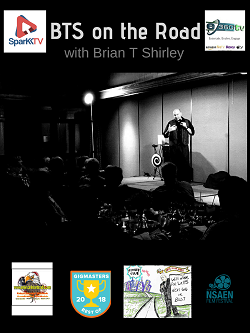 A regular series on "Sparkk TV" !! BTS OTR Premiered on 10-24-17 and was shown for 3 seasons which included all long form episodes. Brian still does BTS OTR with shorter social media posts.